CIM4.0 Competence Center is the national reference center for the technologic transfer and the diffusion of competences related to manufacturing and service industries.

CIM4.0 is a network made of Politecnico and Univeristy of Turin, together with 22 partner businesses, offering strategic and operational support within an industry 4.0 development context through technological services and advanced training courses.

With the competences of industrial leaders and the development of new business models, CIM4.0 helps companies innovating and maintaining their processes highly competitive.

In CIM4.0 we provide services specialized in Additive Manufacturing and in enabling technologies for manufacturing 4.0, and we deliver an advanced managerial training and an Academy transversal path.

CIM4.0 aims to strongly contribute to accelerating the transformation process of a wide portion of Italian companies, especially SMEs; its objective is to be at the side of businesses and support them in the digitalization process, creating a Smart Factory ecosystem.

Projects in which CIM is involved

A path that began in 2018 and today takes the form of a Competence Center that offers concrete support to all companies in the country.

We started from a blank sheet, but very clear ideas: become a national reference excellence in support of Italian small and medium-sized enterprises. An intention that has been underlined since the participation in the call launched by the Ministry of Economic Development, aimed at selecting eight competence centers throughout the national territory. CIM4.0, in the ranking drawn up by the MISE, ranked first with the highest score.

A first call has been officialised, aimed at financing projects and solutions with a high technological content, dedicated to micro, small and medium-sized enterprises and innovative start- ups. Projects for a total value of approximately one million euros were selected and then financed.

In the same year, the installation on site CIM4.0 Competence Center was completed in the Mirafiori Polytechnic area, in Corso Settembrini 178, with offices, training classrooms and the Digital Factory pilot line.

Few months after the first, a new call was published, this time addressed to both large companies and SMEs, through which projects with high technological value were selected and financed for a total amount of over 3 million euros.

In the same year, the training activities for the development of 4.0 skills and knowledge began through the Learning Hub.

The first edition of CIM4.0 Academy also started; dedicated to the upskilling and reskilling of top and middle management, it allows to obtain the best theoretical and technical-practical preparation to manage and guide the company digital transformation.

Moreover, CIM4.0 first pilot line, the Digital Factory, was opened: a technological laboratory, a source of new innovative paradigms, a place to experiment and test products and solutions, bringing them from a TRL6 to a TRL 9 and ready to be placed on the market.

The second pilot line, dedicated to Additive Manufacturing, was opened, making large plants available to the latest generation of companies and offering an experienced team to accompany and support any industrial need, from small to large production. Since 2021, CIM4.0 has been the official supplier of the Torino Film Festival award: “Stella della Mole” was designed and created through additive technology, delivered in 2021 to Isabella Rossellini and in 2022 to Monica Bellucci.

In 2021, the first 25 Industry 4.0 Innovation Leader diplomas were awarded to CIM4.0 Academy first edition’s participants. In the same year, CIM4.0 and all its partners were protagonists in various Italian fairs and international events.

Several territorial collaboration agreements have been signed, in Piedmont and outside the region, and partnerships have been entered into with leading technology players, which today qualify the work of CIM.40 even more.

The official presentation of CIM4.0 to Italian media also took place in the last quarter of the year, during an open day where journalists from all over Italy were able to explore the innovative technologies and visions proposed by the Competence Center.

The year began with the diploma of 25 new Industry 4.0 Innovation Leaders, who attended the second edition of the CIM4.0 Academy. In the same context, the third edition was officially launched. 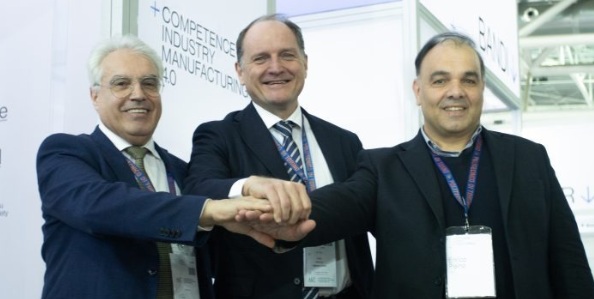 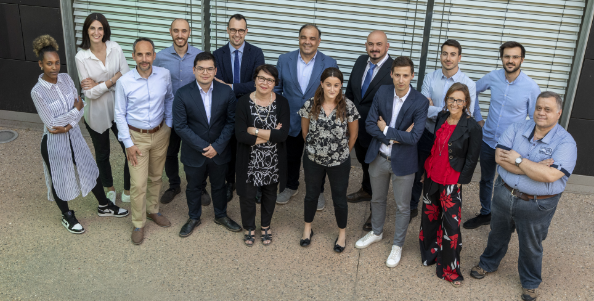 Usiamo i cookies (anche di terze parti) per migliorare la tua esperienza utente. Cliccando "Accetta" acconsenti all'uso di tutti i cookies. Puoi anche personalizzare la tua scelta cliccando su impostazioni.
Necessary Always Enabled
Necessary cookies are absolutely essential for the website to function properly. This category only includes cookies that ensures basic functionalities and security features of the website. These cookies do not store any personal information.
Advertisement
Cookies that tracks your behaviour in order to show you pertinent ads.
Analytics
Cookies that anonymously trakcs your behavior on this website.
Non Necessary
Any cookies that may not be particularly necessary for the website to function and is used specifically to collect user personal data via analytics, ads, other embedded contents are termed as non-necessary cookies. It is mandatory to procure user consent prior to running these cookies on your website.
Performance
These technical cookies improve the loading speed and in general the performance of users who agree to use them.